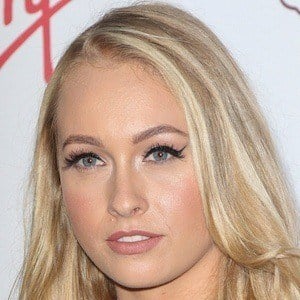 Hungarian tennis player who won an ITF singles tournament in Galați, Romania in May 2015. She has also won two doubles tournaments in Orlando, Florida and Gainesville, Florida, both in March 2015.

She was victorious at the Junior Girls' Doubles championship at Wimbledon in 2015.

Her parents are Yvett Varga and Tibor Stollár.

She played alongside Dalma Gálfi at the 2015 Junior Girls' Doubles championship at Wimbledon.

Fanny Stollar Is A Member Of