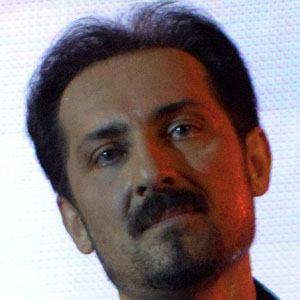 Known for such internationally-released studio albums as Begum Jan, In Foreign Land, HA!, and Golom Golom, this award-winning Afghan vocalist and songwriter performed in numerous languages, including Uzbek, Urdu, Persian, and English.

While studying at Kabul University, he formed his first music group, Goroh-e-Baran.

A humanitarian as well as a musician, he served as Afghanistan's National Goodwill Ambassador to the United Nations Development Program.

A native of Kabul, Afghanistan, he later lived in Germany and ultimately settled in the United States. He married Sultana Emam in 1993; the two welcomed a son, Hejran, in 1996.

Like fellow singer Aryana Sayeed, he was born and raised in Afghanistan.

Farhad Darya Is A Member Of