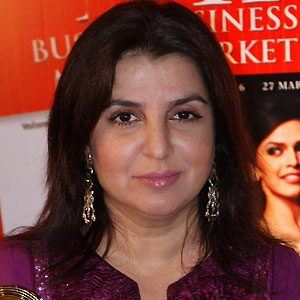 Indian film director, actress, and choreographer most known for her work in films like Monsoon Wedding and Vanity Fair.

She was studying at St. Xavier's College, Mumbai when she saw Michael Jackson's "Thriller" video for the first time. Though she had no prior dance experience, she changed her career path and started training to become a dancer.

She once trained Shakira for a Bollywood-inspired performance of her hit song "Hips Don't Lie" at the 2006 MTV Video Music Awards.

She married Shirish Kunder in 2004, and she later gave birth to triplets Anya, Czar, and Diva.

Farah Khan Is A Member Of