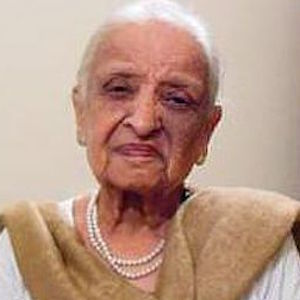 Prominent playwright who wrote Tasweer and was the recipient of the Hilal-i-Imtiaz honor among other awards.

She was homeschooled and had her first gig with PTV.

She has written more than fifteen successful plays, including Babar and Auraq.

She was raised in a family of ten children from India, but they moved to Pakistan shortly after its independence.

Bajia and Rochelle Owens are both celebrated female playwrights.

Fatima Surayya Bajia Is A Member Of