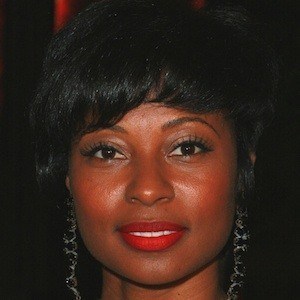 Choreographer and music video director who has choreographed music videos for the likes of Michael Jackson, Aaliyah, and The Black Eyed Peas. She won the 2002 MTV Video Music Award for Best Choreography for her work on Mary J. Blige's "Family Affair" video.

She did the choreography for a play called Radiant Baby, a musical based on the life of artist Keith Haring, which premiered at the Public Theater in New York City.

She choreographed the dance moves for Black Eyed Peas' halftime show for Super Bowl XLV in 2011.

She moved to Los Angeles with her family when she was four years old. Her mother worked in a hair salon.

She did choreography work for the film version of Dreamgirls, which starred Beyonce Knowles.

Fatima Robinson Is A Member Of