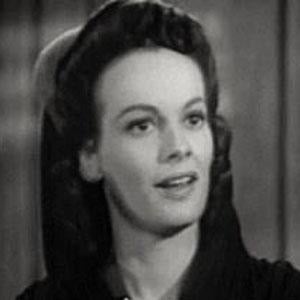 'First Lady of Television' who also appeared in many of the Warner Brothers films of the 1940s.

She had her own talk show, which did not survive long but got her noticed by critics and viewers alike.

It is said that the Emmy Award, given to outstanding television programs and actors, was named after her.

She was the third wife of Elliott Roosevelt, President Franklin Roosevelt's son.

She was a series regular on The Perry Como Show.

Faye Emerson Is A Member Of