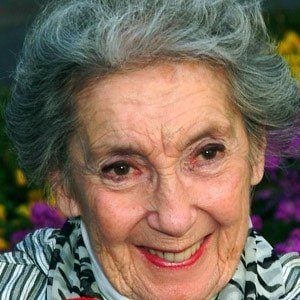 Late Canadian actress who played sweet, charming elderly women in films such as Happy Gilmore and The Karate Kid.

She had a brief role in Foul Play, starring Goldie Hawn.

She was inducted into Canada's Walk of Fame.

She had a son with her husband Charles Bay, whom she married in 1946.

Frances Bay Is A Member Of