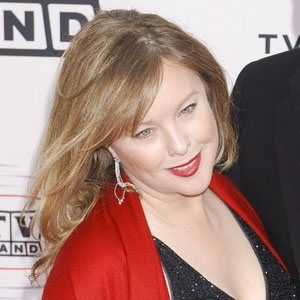 She left home at age 18 and for a while lived in Mexico City, doing Mexican language commercials.

She chose her stage name, Grant, from the street she grew up on.

She married 7th Heaven actor Stephen Collins. She filed for a divorce after twenty-seven years of marriage in 2012 and the divorce was finalized in 2015. Prior to the divorce, she and Collins had a daughter named Kate.

She was on the the television show The Greatest American Hero, which also featured June Lockhart.

Faye Grant Is A Member Of