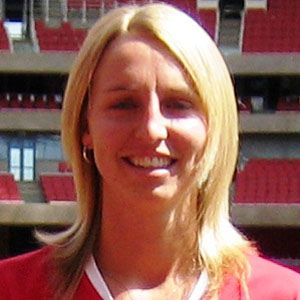 English defender who starred on her country's national team from 1997 to 2012.

She became a starter for the Horsham Ladies at age 14.

She had one of her best seasons in 1997, when she won the FA Women's Premier League Player of the Year award.

She became one of her country's most respected female soccer athletes, much like Mia Hamm for the United States.

Faye White Is A Member Of