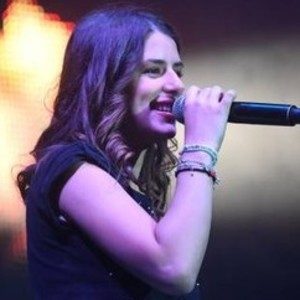 Singer and reality television personality who competed on the 2016-2017 season of Amici. She has a couple of singles called "Ti avrei voluto dire" and "Attraversando gli anni."

She began to taking singing lessons when she was 9 years old.

She and Thomas Bocchimpani were featured on the same season of Amici.

Federica Carta Is A Member Of