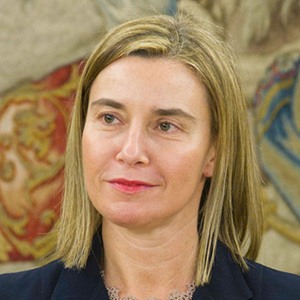 She has been given an honorary doctorate degree from the University of Tampere in 2018 and was awarded the Hessian Peace Prize in 2017.

She was born and raised in Rome, Italy. Her father was film director and set designer Flavio Mogherini. She married Matteo Rebesani in 2007 and together they have two children.

She posed for a picture with Iranian Foreign Minister Mohammad Javad Zarif in Aril of 2016.

Federica Mogherini Is A Member Of