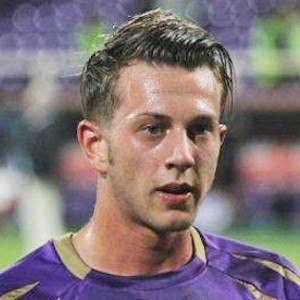 Winger who joined Juventus in 2017 and the Italian national team in 2016. He signed for a €40 million on a five-year deal with Juventus in July 2017. His he 2.5 million followers on his fbernardeschi Instagram account.

He started playing at Atletico Carrara at age 6. He then played with the Fiorentina youth team from 2003 to 2013 before continuing on with the senior team from 2013 to 2017.

His father is Alberto Bernardeschi.

He and Andrea Pirlo are both soccer players from Italy.

Federico Bernardeschi Is A Member Of