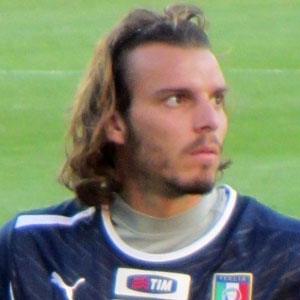 Goalkeeper in the Italian Series C1 and C2 leagues who joined the Italian national team in 2009.

He was part of the Torino Serie A club when they went bankrupt and reformed in Serie B.

He became the starting goalie for Lazio in 2011.

He grew up in Bassano del Grappa, Italy.

Gianluigi Buffon was Italy's starting goalkeeper in the 2010 World Cup, and it was after his injury that Marchetti stepped in.

Federico Marcetti Is A Member Of