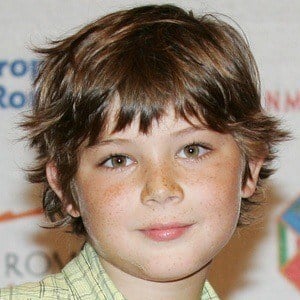 Italian film and television actor most well known for his portrayal of Mimmo Cesaroni in the popular family comedy I Cesaroni. He later earned a spot playing Sam Costa in the Disney comedy Alex & Co.

He made his television debut in 2004 on the prime time soap opera Incantesimo.

He appeared in the video for Max Pezzali's "Credi."

One in a family of eight, he has two brothers and three sisters.

Federico Russo Is A Member Of