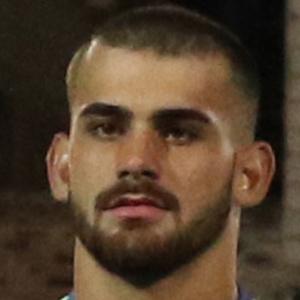 Striker who is famous for his career in Brazil's Serie A, including for Flamengo. He debuted for the club's senior squad in 2016.

He began his youth soccer career in 2011. He first joined America Mineiro before switching to Flamengo's youth academy in 2013.

He debuted for Brazil's U-20 squad in August 2016. He helped lead Flamengo to a 2017 Campeonato Carioca championship.

His father's name is Marco.

He and Vinicius Junior have played as teammates at forward for Flamengo.

Felipe Vizeu Is A Member Of