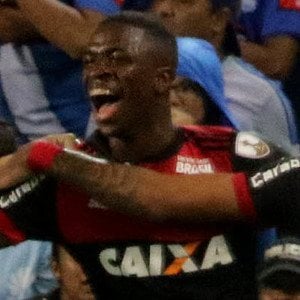 Brazilian forward who made his professional debut with Flamengo in 2017 and joined Real Madrid a year later in 2018. He was instrumental in helping Brazil win the Under-17 South American Championship that same year.

He started his career by playing for Flamengo's youth club in 2005.

Ten days after making his senior debut with Flamengo, his planned transfer to Real Madrid in 2019 was made official.

He is originally from Brazil and grew up the son of a poor family. He'd later move to Abolicao with one of his uncles to be closer to Flamengo's training grounds.

He and Everton Ribeiro have played together on Flamengo.

Vinicius Junior Is A Member Of