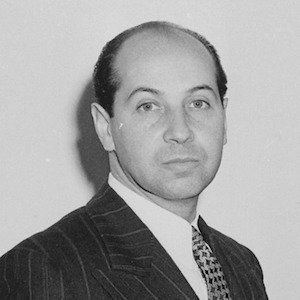 Austrian-born American sculptor most famous for the Marine Corps War Memorial of five U.S. Marines and one sailor raising the flag of the United States.

He studied at Marchetti College and at the University of Vienna's Academy of Creative Arts and School of Architecture.

He married Joyce Swetland de Weldon and they had two sons.

Felix de Weldon Is A Member Of