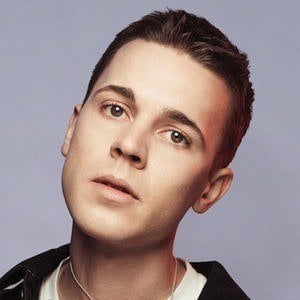 Deep house DJ and music producer who gained prominence internationally with the remix of OMI's song "Cheerleader." The song topped the charts in 10 different countries.

When he was five years old, he started taking violin lessons. At 16, he launched his DJ career.

He lived in London for a year to attend Point Blank Music College and then briefly studied Business Administration at Humboldt-University in Berlin.

He was born in Hamburg and raised in Mecklenburg, Germany.

His second big hit, a remix of Rufus and Chaka Khan's "Ain't Nobody," featured the vocals of Jasmine Thompson.

Felix Jaehn Is A Member Of