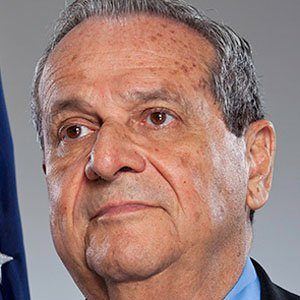 Cuban war hero who was a Central Intelligence Agency officer involved in the Bay of Pigs Invasion and in the interrogation and execution of Marxist Che Guevara.

He quit school to join the Caribbean Anti-communist Legion which had intentions to overthrow Fidel Castro in Cuba.

He became President of the Brigade 2506 Veterans Association, a group that included Bay of Pigs Invasion survivors in 2004.

His uncle was a minister of Public Works during the Fulgencio Batista government in Cuba.

He had ties to George Bush during the Iran-Contra affair.

Félix Rodríguez Is A Member Of