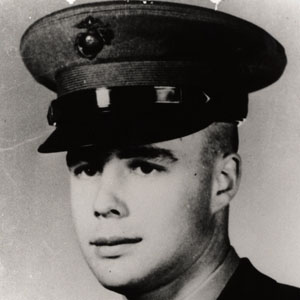 After completing his studies at Bishop Duffy High School in New York, he went on to attend Niagara University, from which he graduated in 1965.

He is particularly remembered for his bravery while fighting in Vietnam's Quang Tri Province during a military initiative known as Operation Prairie III. Knowing that his wounds guaranteed his death, he saved many of his fellow troops by ordering them out of the area and staying on to fight the opposing forces alone.

He was born and raised in Niagara Falls, New York. He was killed in combat at the age of twenty-four and was laid to rest in Lewiston, New York.

He and Norman Schwarzkopf, Jr. both served in the Vietnam War.

John Bobo Is A Member Of