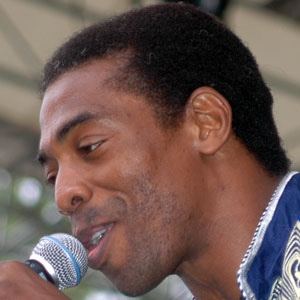 Son of notorious musician and activist Fela Kuti and member of his father's band.

He started a band called Positive Force and launched his international career when he was invited to play at the French Cultural Centre in Lagos.

He has been nominated for many Grammy Awards in world music.

He raised a son who has played alto saxophone with him for performances.

Femi Kuti Is A Member Of