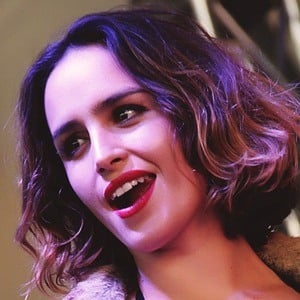 TV and film actress who appeared in the movies Drama in 2010 and Bring Me the Head of the Machine Gun Woman in 2012. She has over 450,000 followers on her ferurrejola Instagram account.

Her first on-screen roles were in the telenovela 16 and the TV series La Vida es una lotería in 2003.

She performed on stage in Cuentos para un invierno largo in 2006 and Patio in 2009.

Her parents are Francisca Arroyo and Francisco Urrejola.

She and Pedro Campos acted together in Graduados, historias que no se olvidan.

Fernanda Urrejola Is A Member Of