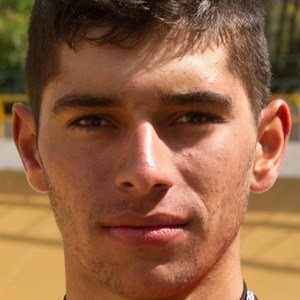 Cyclist who is well known for his career in sprinting. In 2015, he rose to international prominence as a member of Team Colombia at the Tour de San Luis, where he won two stages of sprinting.

His older sister Juliana Gaviria Rendon is a track cyclist.

He finished ahead of the reigning champion Mark Cavendish during his victorious sprint stages at the 2015 Tour de San Luis.

Fernando Gaviria Is A Member Of