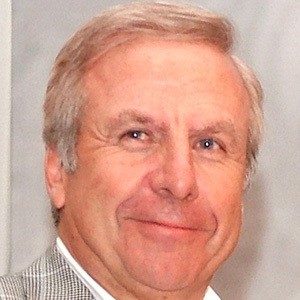 Chilean journalist who is best recognized for his work with the CNN Chile network as well as Chilevision. He is also known for his work as a correspondent for the press outlets Time and The Wall Street Journal.

He studied journalism at the Pontificia Universidad Catolica de Chile before moving to the United States where he earned his bachelor's degree from the University of North Texas. He went on to earn his Master's in Public Administration from Harvard University. He started his career as a reporter for the magazine Analisis in 1981.

He is known for having won the Embotelladora Andina Award in 2012 for his work in journalism.

He was born and raised in Santiago, Chile. He has three children.

He is known for having hosted the Radio Concierto program Manana Sera Otro Dia in 2001 alongside fellow journalist and host Polo Ramirez.

Fernando Paulsen Is A Member Of