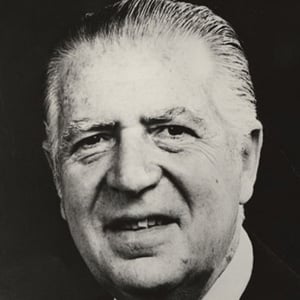 Peruvian politician who was President of Peru from 1963 to 1968 and then again from 1980 to 1985. He was known for his strong commitment to the democratic process.

He moved to France with his family in 1924 due to persecution his family faced for their political activities.

His first term as President ended in 1968 when he was deposed by a military coup and he spent the next decade in the United States, teaching at Harvard and George Washington University.

He was born and raised in Lima as part of an upper-class Spanish family.

He was succeeded in office by Alan Garcia who also served two non-consecutive Presidential terms.

Fernando Belaúnde Terry Is A Member Of