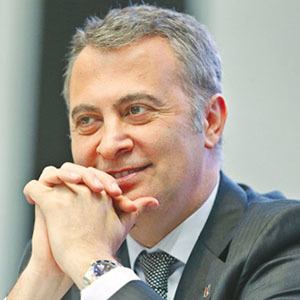 He holds a degree in civil engineering from Yıldız Technical University.

He has previously worked in the fields of development and tourism, and is responsible for the construction of Beşiktaş J.K's stadium, Vodafone Park.

His parents are Nuran and Abdulkadir Orman. He was married to Sedef Orman from 1992 to 2012. They had two children together, Nazlı and Aslıgül.

On March 22, 2018, he posted a photo of himself with Nasser Al-Khelaifi at the Qatari Tennis Federation.

Fikret Orman Is A Member Of