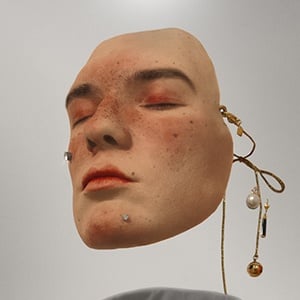 Performance artist who has created a body of work by creating what he calls a vocabulary of objects. He often uses models and clothing to present his work through sculptures. He has over 200,000 followers on his filipcustic1 Instagram account.

He has done work for Opening Ceremony, VOGUE, GQ UK, and Esquire. His work has also been featured in the MoMA in New York.

He is from Tenerife, Spain.

He and Peter Gee have both had work featured in the MoMA.

Filip Custic Is A Member Of