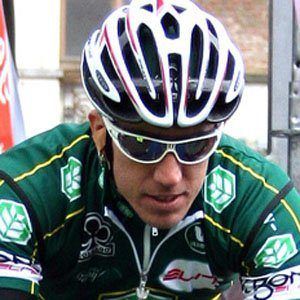 Racing cyclist who competed in the 2004 Summer Olympics and admitted to using EPO to increase his chances at winning a gold.

He won a silver medal at the 2000 Summer Olympics in mountain bike racing.

He retired after testing positive at the World Cup in Mont Sainte-Anne, Quebec, for EPO, although he was also suspended from professional racing until January 2006; he returned to racing after his suspension ended, only to retire again in September 2009.

He wrote an autobiography following his suspension, titled "Positief," that recounted his life's story and the fallout from his doping.

He immediately admitted to doping, unlike his contemporary Lance Armstrong, who lied about his drug taking for years.

Filip Meirhaeghe Is A Member Of