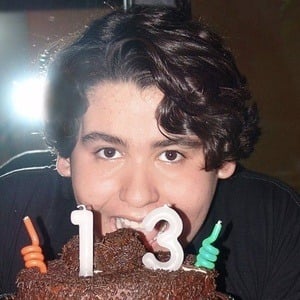 Brazilian actor who is best known for his recurring television roles as Henrique Almeida on the series Carinha de Anjo and as Rafael on the 2013 series Chiquititas. He is also known for his voice dubbing work and stars as Bradley Steven Perry on the Brazilian edition of Good Luck Charlie.

He first started studying acting and theater at the age of six. He made his debut as an actor in 2007 when he appeared in the play The Haunted House. His career in television began the same year when he made his acting debut in the Rede Globo series Yellow Flapper Site where he played the character Ze Maria.

In addition to acting, he is also a singer and is known for having recorded the CD Chiquititas for the Building record company in 2013.

He was born and raised in Rio de Janeiro, Brazil and shared a photo with his cousin Guilherme to his Instagram in June of 2019.

He starred alongside Lorena Queiroz and Carlo Porto in the 2016 television series Carinha de Anjo.

Filipe Cavalcante Is A Member Of