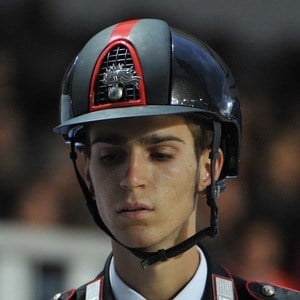 Show jumper who has won multiple Italian championships and been a member of the National Military Police of Italy. He was named Best Military Horseman and given the Fair Play award at the 2012 Capitoline Piazza di Siena in Italy.

He competed in his first race at age 9 and won 6 European Youth Championships.

He is a musician who has released songs like "Ce La Farò."

His father Arnaldo was an Olympic show jumper.

He and Charlotte Dujardin are both champion equestrians from Europe.

Filippo Bologni Is A Member Of