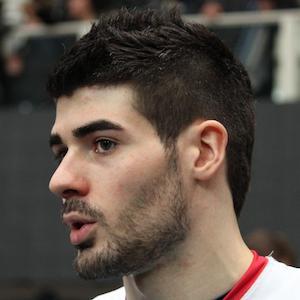 Outside hitter who joined Trentino Volley in 2011 and the Italian national team in 2012. He won the silver medal at the 2015 World Cup and silver at the 2013 European Championship.

He played with Trentino Valley from 2006 to 2009 before transferring to Club Italia.

He won silver with Italy at the 2016 Olympic Games.

His father is Cristiano Lanza.

He and Ivan Zaytsev are both volleyball players from Italy.

Filippo Lanza Is A Member Of