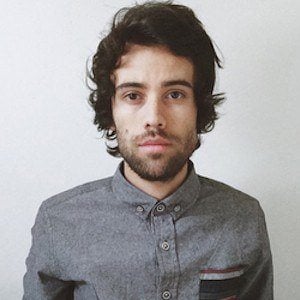 Singer, guitarist and producer who is responsible for lo-fi albums like 2011's I Clung to You Hoping We'd Both Drown and 2012's Sleep. He gained a following primarily through online media platforms like Tumblr, YouTube and SoundCloud.

He became interested in recording music as a child after discovering the Sound Recorder feature on the Windows '98 operating system. He began recording as Flatsound in 2007.

His song "You Said Okay" became his breakout song, earning more than 700,000 plays on SoundCloud.

His real name is Mitch Welling.

In 2015, he started a side project called Wishing with Fox Academy's Christian Novelli.

Flatsound Is A Member Of