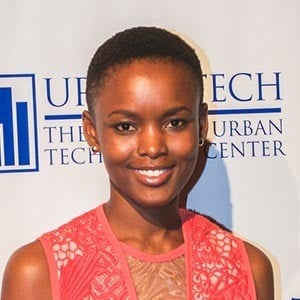 Tanzanian model and activist who is known for having founded the Flaviana Matata Foundation which focuses on empowering Tanzanian girls through methods of education. She is also known for having earned representation from The Lions modeling agency.

She originally studied Electrical Engineering at Arusha Technical College. She then was given the chance to participate in the Miss Universe Tanzania pageant in 2007 which she won and went on to represent Tanzania at the Miss Universe pageant.

She is known for having won the Most Inspirational Woman award at the Global Women Gala in 2018 and the Humanitarian of the Year award at the Swahili Fashion Week Awards.

She was born and raised in Shinyanga, Tanzania and was raised by her father after the death of her mother in the sinking of MV Bukoba.

She shared a photo with editor-in-chief of Elle Magazine Nina Garcia to her Instagram in March of 2019.

Flaviana Matata Is A Member Of