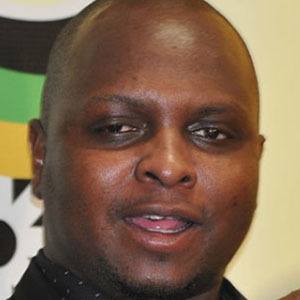 South African politician who, in 2013, became the Deputy President of the Economic Freedom Fighters as well as the party's Parliamentary Chief Whip. He has served on the Trade and Industry Portfolio Committee and the Standing Committee on Finance.

He received a bachelor's degree in political studies and international relations from the University of the Witwatersrand.

From 2008-12, he was the spokesperson for the African National Congress Youth League.

His mother Constance and his father Elias sold handmade duvets and pillowcases. He married Siphesihle Pezi in 2017. His daughter's name is Katekani.

He has been a close political ally of Julius Malema since they joined the ANC Youth League.

Floyd Shivambu Is A Member Of