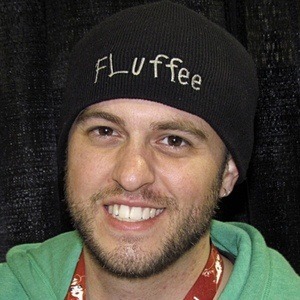 Comedic YouTuber known for his rants about unusual news around the world on his main FLuffeeTalks channel. He has earned an incredible following of more than 1.4 million subscribers.

In October 2007 he created his original channel and posted his first video titled "FLuffees First Vlog."

He has a second vlogging channel titled ThisisFLuffee and a third channel for gaming called FLuffee4theWin.

He is a Canadian native.

He has made videos ranting news about celebrities like TLC star June Shannon.

Fluffeetalks Is A Member Of