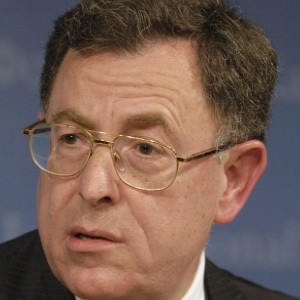 Prominent politician and leader of the parliamentary group of the Future Movement who served as Prime Minister of Lebanon from 2005-09. Between November 2007 and May 2008, he was also the Acting President of Lebanon.

He received a master of arts degree in business administration from American University of Beirut.

He previously worked for Citibank and, in 1977, became part of the audit committee at Lebanon's Central Bank.

His wife's name is Huda.

Saad Hariri took over for him as Prime Minister after he stepped down in November 2009.

Fouad Siniora Is A Member Of