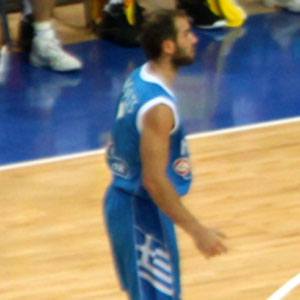 7'0" center who was the Greek All-Star Game MVP in 2009, representing Olympiacos.

He originally wanted to be a swimmer, but literally outgrew the sport.

He turned down a three-year, $12-million contract with the San Antonio Spurs in 2009.

He was born in Karditsa, Greece.

Ioannis Bourousis Is A Member Of