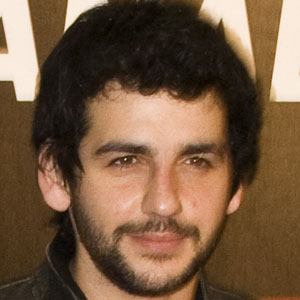 Spanish pop and rock singer who had two top ten albums in Spain and became most popular for his acting career as Marcos in the sitcom Los Serrano.

Gaining the lead role on the sitcom Los Serrano and singing its opening theme, "1 más 1 son 7," Perea established his reputation for both exceptional acting and singing.

In 2007 he began taking on dramatic roles, such as the Goya Award-nominated film Las 13 rosas, also going on stage to perform alongside Spain's most renowned actors.

He dated his Los Serrano co-star Verónica Sánchez from 2003 to 2006; they parted ways when they both left the show.

Pau Maso was another Spanish-born star of cinema.

Fran Perea Is A Member Of