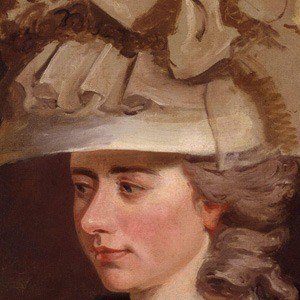 An English author recognized for her lengthy historical novels and memoirs, she also contributed to the fields of drama and poetry. Her best-known works include Evelina (1778), Camilla (1796), and The Wanderer (1814).

She began writing at the young age of ten. She published her first novel, Evelina, in 1778.

Several of her works were written in letter or journal/diary format.

She married the French exile, General Alexandre D'Arblay. Together, they had one child.

Her works inspired the novels of Jane Austen; in fact, the title of Austen's most famous book, Pride and Prejudice, was derived from a line in one of Burney's novels.

Frances Burney Is A Member Of