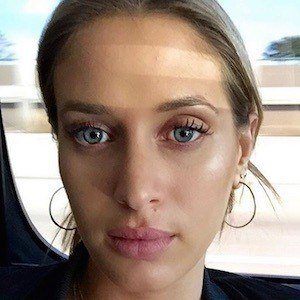 Clothing designer who made waves in the fashion world as a teenager with her swimwear line Frankie's Bikinis. At 20 years old, she became the youngest designer ever to have her work featured at Miami Swim Week. She frequently uploads her newest designs and products to her frankiesbikinis Instagram account.

She grew up in Malibu, California and launched her company at age 17. She finished her last semester of high school online.

Her company took off in large part due to a strong social media presence. The Frankie's Bikinis Instagram currently boasts more than 1.3 million followers.

Her mother has had a hand in helping her run Frankie's Bikinis. She became engaged to music producer Elliot Grainge in April 2022.

Her bikinis have been worn by famous models like Victoria's Secret model Candice Swanepoel.

Francesca Aiello Is A Member Of