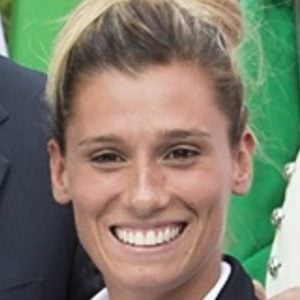 Professional diver who is known for competing in the 3 m synchronized springboard event at the European Championships and Olympic games.

She first started diving in the first grade. She joined the national youth team in 1999 and in 2003 earned recognition by winning her first bronze medal in the European Youth competition. She then competed in her first professional championships in 2006.

She is known for having won several gold medals at the European Championships including from 2009 until 2016. She also won a silver medal at the 2016 Rio de Janeiro Olympic Games.

She was born and raised in Trento, Italy to her mother Marina and her father Giancarlo.

She shared a photo with fellow professional swimmer Massimiliano Rosolino to her Instagram in April of 2018.

Francesca Dallape Is A Member Of