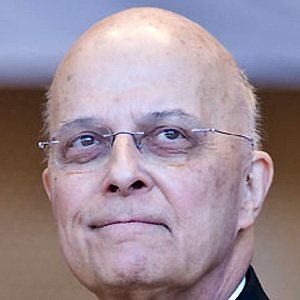 Former Cardinal of the Catholic Church who became the eighth Archbishop of Chicago in 1997 after serving the same position in Portland.

He suffered from polio when he was only thirteen.

He was President of the United States Conference of Catholic Bishops from 2007 to 2010.

He was raised with an older sister named Margaret.

Francis George Is A Member Of