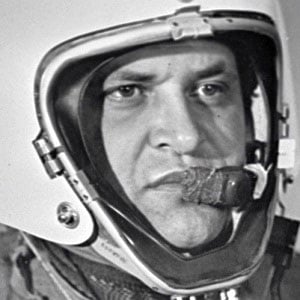 United States Air Force pilot and U-2 spy mission pilot for the Central Intelligence Agency (CIA). He is best remembered for his involvement in the Cold War U-2 incident of 1960, in which his plane was shot down by Soviet Union soldiers.

After attending Tennessee's Milligan College, he became a lieutenant in the United States Air Force.

He was born in Kentucky and raised in Virginia. He died in a 1977 helicopter accident, leaving behind a wife and two children.

He was portrayed by actor Lee Majors in the TV movie Gary Powers: The True Story of the U-2 Spy Incident.

Francis Gary Powers Is A Member Of