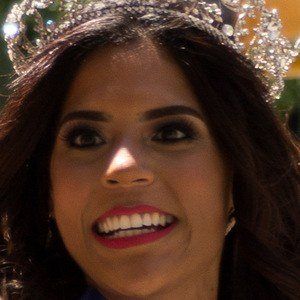 Dominican actress and model who was named Nuestra Belleza Latina 2015, earning her a feature in People en Español magazine and a one-year contract with Univision.

She was involved in theater and appeared on Dominican television in her adolescence.

She began working as a reporter and co-host for Univision's morning show Despierta America.

She and her husband Francesco Zampogna welcomed a son named Gennaro in July 2021.

She joined Ana Patricia Gonzalez as a champion of Nuestra Belleza Latina.

Francisca Lachapel Is A Member Of