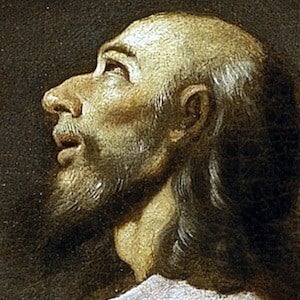 Famous for his religious and still-life works, this seventeenth-century Spanish painter allied himself with the Baroque and Caravaggisti artistic movements. His best known paintings include The Death of St. Bonaventure and Saint Francis in Meditation.

Early in his artistic career, he was commissioned to create work for the Seville Cathedral and the San Pablo El Real Dominican monastery.

His largest-scale work is an elaborate altarpiece created for the Church of St. Thomas Aquinas in Seville, Spain.

He was born in in Fuente de Cantos, Spain to Luis de Zurbaran and Isabel Marquez. His first marriage, to Maria Paet, resulted in three children and ended with Paet's death in 1624; he later married a widow named Beatriz de Morales and, after Morales' death, a woman named Leonor de Torder.

Francisco de Zurbarán Is A Member Of