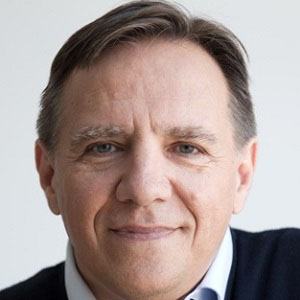 Canadian politician, businessman, and founder of the Coalition Avenir Quebec Party. He served for a decade on the Quebec National Assembly and held office as both Minister of Health and Minister of Education.

He was the co-founder of a Montreal-based airline called Air Transat, and he also worked for Ernst & Young as a financial auditor.

He grew up in Sainte-Anne-de-Bellevue, Quebec.

He initially supported the candidacy of Quebec Premier Pauline Marois; however, he later spoke out in favor of opposing candidate Bernard Landry.

Francois Legault Is A Member Of