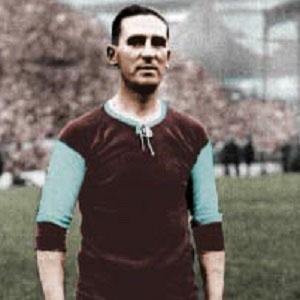 Half-back who played for such teams as Manchester United and Aston Villa; developed a reputation for his aggressive play.

He began his professional career with Barnsley in 1911.

He was born to William and Agnes Barton.

Frank Barson Is A Member Of