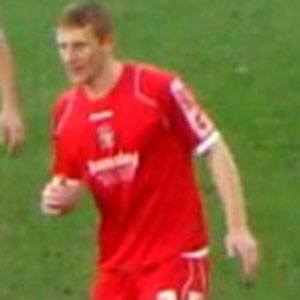 British defender who signed with the Barnsley football club in 2004 after spending seven seasons with Mansfield Town.

He played his youth soccer with Mansfield Town and debuted professionally with the club in 1997.

He credited his Christian faith with helping him to conquer his anger issues.

His family lived in Derby, Derbyshire at the time of his birth.

Bobby Hassell Is A Member Of