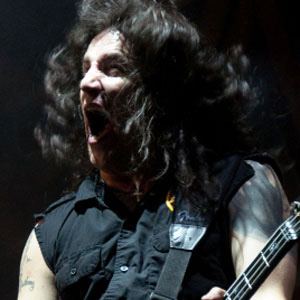 Bass guitarist with the thrash metal band Anthrax and who has also worked with Helmet.

He was the band's guitar tech and roadie until after the release of Fistful of Metal.

He has had some acting gigs, including playing Richard Hell in the film Greetings from Tim Buckley.

He has a tattoo in memory of his younger brother Anthony, who was murdered in the Bronx in 1996.

He is the nephew of drummer Charlie Benante.

Frank Bello Is A Member Of