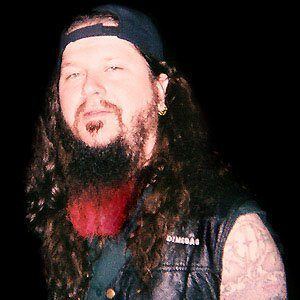 Pantera and Damageplan guitarist who influenced the sound of groove metal and who was murdered by a deranged fan.

He won guitar competitions when he was young; he once won a Dean ML. He began playing when he was thirteen.

Rolling Stone ranked Darrell #92 on its list of 100 Greatest Guitarists.

He was married to Rita Sue Haney, whom he met when he was in third grade.

His father was Jerry Abbott.

Dimebag Darrell Is A Member Of